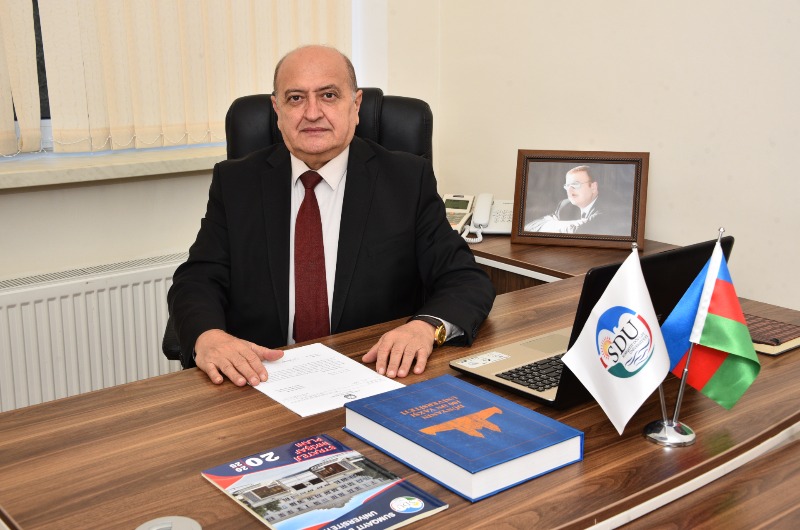 Huseynov Zafar Gafar oglu was born on September 28, 1953 in Shusha in an intellectual family. In 1970, after graduating from Shusha secondary school No. 4, he entered the Faculty of Mechanics and Mathematics of Baku State University, and in 1975 he graduated from the university. He started his career in 1975 as a teacher at Khankendi Pedagogical Institute, at the same time he worked as a mathematics teacher at Shusha secondary school number 4. In 1985, he defended his dissertation and received the degree of candidate of physical and mathematical sciences. From 1988 to 1989 he worked as an associate professor at Ganja State University, in 1989 as a deputy dean  at  Shusha faculty of Azerbaijan State Pedagogical University, after the establishment of Shusha branch of ASPU  first as a  deputy director for education and scientific affairs, and has worked  as a director of the branch  since 1991. In 1994-2002, Z.Huseynov worked as an associate professor at the Azerbaijan State Pedagogical University, and since 2002 as the dean of the faculty of mathematics of Sumgayit State University, and from 05.01.2022 he was appointed as an advisor to the rector. He is the author of more than 90 scientific articles, textbooks and teaching aids. He is a member of the New Azerbaijan Party. He was awarded the honorary title of "Honored teacher" of the Republic of Azerbaijan by the order of the President of the Republic of Azerbaijan dated November 16, 2012 for his services to the development of education in Azerbaijan.